At the end of the sixties, however, it appeared clear that any effort to update the system of objects, and any hope for critique and recovery of the system through product design, would be translated into the nth effort by the system itself to engage the intellectual to replace obsolete models in order to continue inducing needs: an all-production world had been definitively supplanted by an all-consumption world. 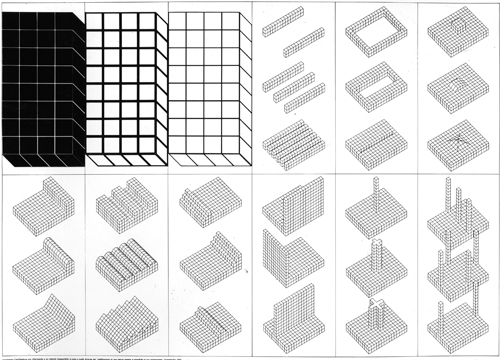 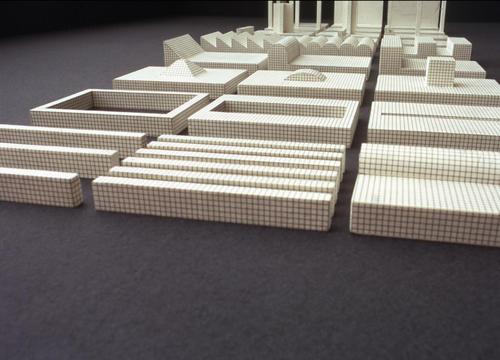 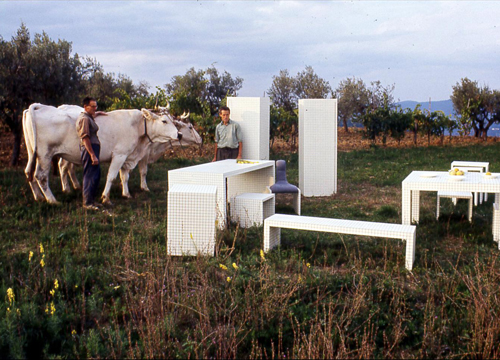 Utopia of quality was to be reduced to a neutral utopia of quantity.
So, the problem was to step further and further away from these activities of design, adopting, perhaps, the theory of the least effort amidst a generalized reductive process.
We prepared a catalogue of non-continuous three-dimensional diagrams, a catalogue of Histograms of Architecture with reference to a grid that could be carried over to different areas or scales for the edification of a serene and immobile nature in which we could finally see ourselves.

The term was taken from biological definitions, suggesting the birth of a posthuman thought or ”the sex appeal of the inorganic”.
The surface of these histograms was homogeneous and isotropic: every spatial problem and every problem of sensibility having been carefully removed. 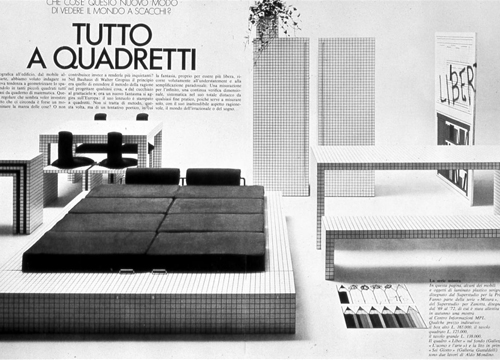 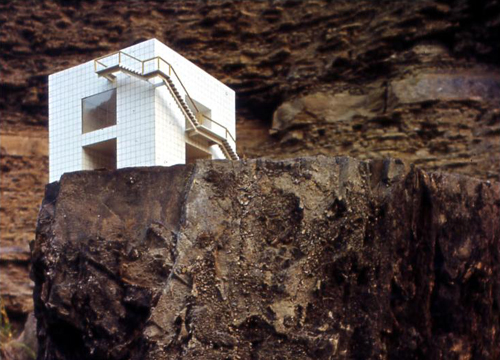 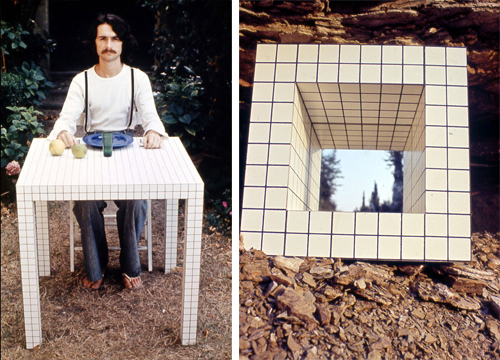 Later, furniture, environments, architecture, and more, were effortlessly generated from the Histograms catalogue.
The Histograms were also called The Architects’ Tombs.