Radical Architecture was the first to suggest complexity as a central category of change and to assume as a positive element the multiplicity of languages and behaviours.
Superstudio worked out an early strategy that went under the name, Invention Design and Evasion Design. With this strategy began the separation of the function and benefit of spatial research that became a means for investigating mind and language through the stoss, or creative shock, which Benjamin indicated as the prime function of art. 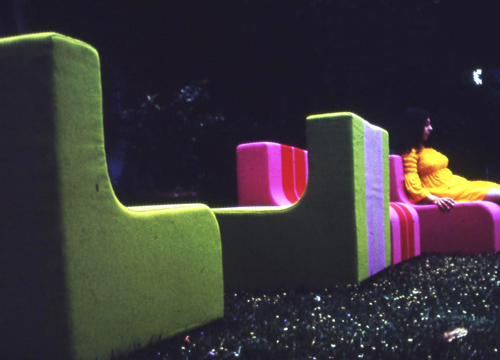 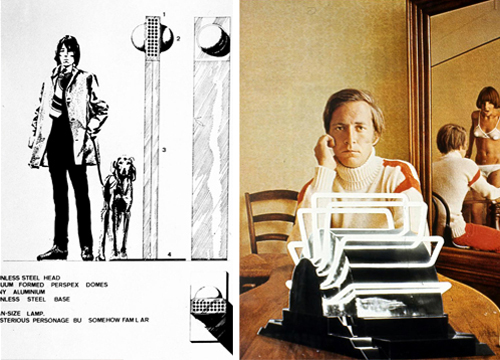 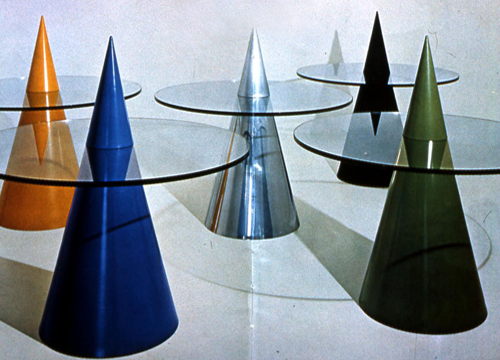 On the other hand, convinced that the city no longer expressed a place, but a behavioural model, a condition, and that the latter was transmitted by merchandise, by intervening on product design they began their critique and disassembly of the functionalist heritage.
”Thus, evasion design endeavours to explore the idea of introducing extraneous bodies into the system: objects with the greatest possible number of sensory properties (chromatic, tactile, etc.) charged with figurativeness and image, with a view to attracting attention, drawing interest, constituting a demonstration and inspiring actions or behaviours.”
Superdesign puts the compositional techniques of Dada to new use and engages in cultural nomadism by intermixing of disciplines and favouring ambiguity over unity of language. 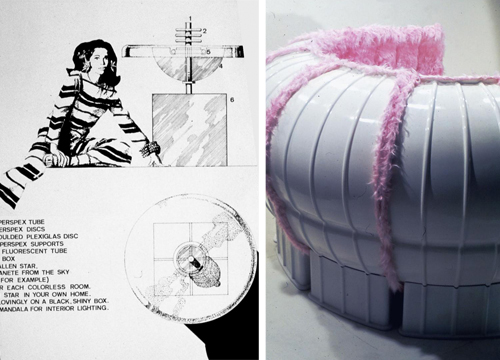 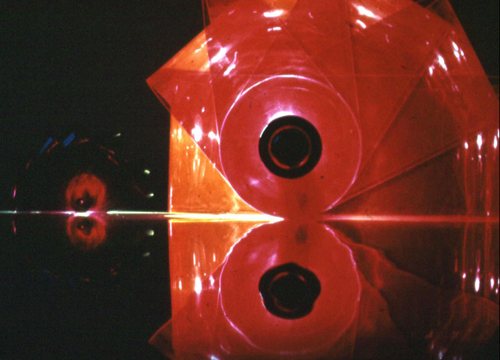 The Italian vanguard, unlike the English, Austrian or American, introduced new political contents at the basis of operations of cultural renewal.
”The naturalistic and dialectic concept of the market had been replaced by that of its complete artificiality, in the sense that the mechanism of inducing false needs had been capable of substituting any spontaneous market need.”
Against the design myths of the sixties-flexibility, modularity, seriality-Superstudio, seeking to impose a new more solid and immanent objectuality, proposed objects and spaces that were unitary, solid, immobile and aggressive in their physical strength of communication.