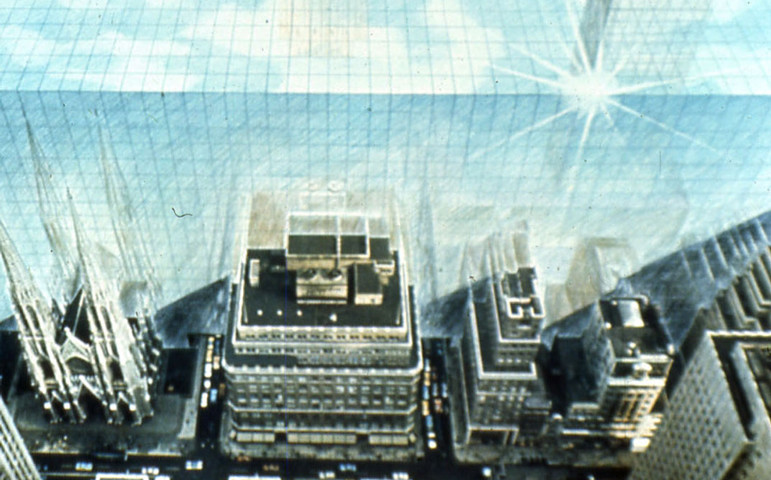 In 1969-70 we developed a sweeping argument on the possibilities of architecture as a means of critique. Beginning to use the demonstratio per absurdum systematically, we produced a model of total urbanization called The Continuous Monument. This project, through the images of a negative (critical) Utopia, pushed to extremes the classical conception of the relationship between nature and architecture, city and country. The rhetorical figure of the demonstration by absurdity laid bare, through photomontages, the public image of a new relationship, no longer of opposition, but of hybridization and alliance. 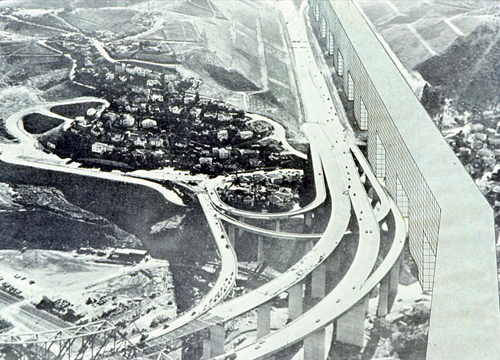 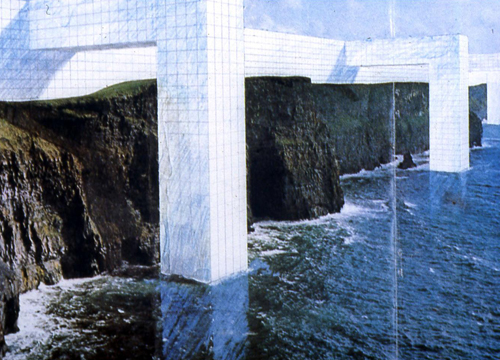 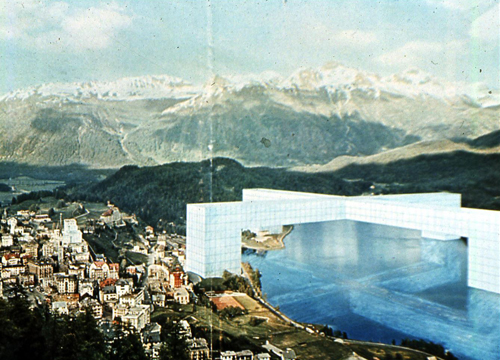 The Continuous Monument takes to the limit the modern distinction between natural and artificial and opens the way to a new hybrid philosophy of reconstructing the relations between architecture and nature, in which the two terms blend in a single design.

The only possibility for architecture is in its monumental extension. All the problems of quality of space, functional destination or sensibility have been removed.
The CM it is not the simulation of a future situation, but works as a mental paradox, a critical project not buildable and therefore ”negative”. 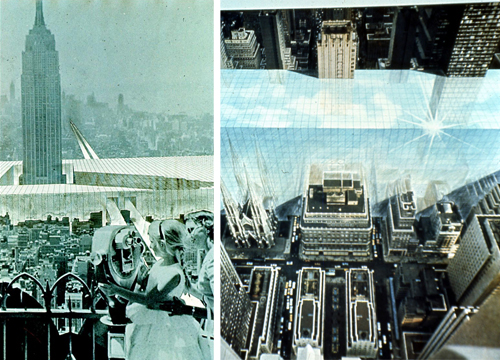 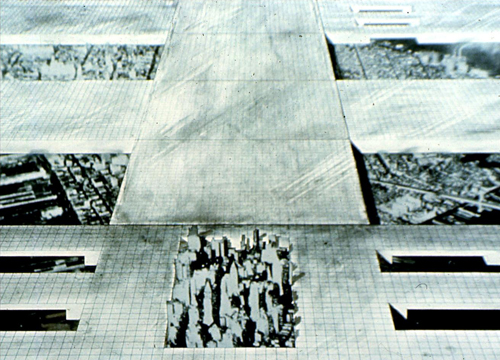 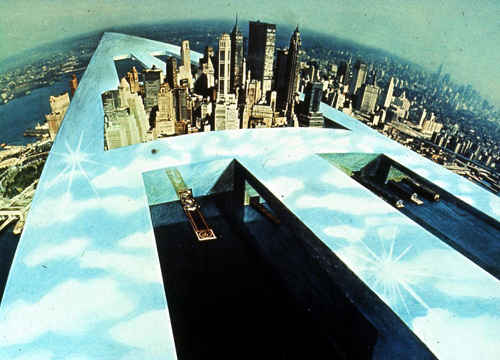 On the other hand, during those same years we realized that society could no longer be identified with the rational-mechanical model of the all-production factory, of early capitalism, but that we were well on our way to another model, the supermarket, a place of consumption, a faceless, anonymous container within which goods were displayed and moved without requiring Architecture in order to be represented.