From 1971 to 1973 we worked on a series of inquiries into fundamental acts, centred on the relations between architecture as conscious formalization of the planet, and human life. The films we produced are propaganda of ideas outside the channels typical of the discipline of architecture. The five films are life, education, ceremony, love and death.
”The great themes, the fundamental themes of our life have never been touched upon by architecture. Architecture remains on their sidelines and intervenes only at a certain point of the process of relation, when ordinarily the entire behaviour has already been codifies, providing answers to rigidly posed questions.
”Even if its answers are aberrant or subversive, the logic of their production and consumption avoids all real upheaval. Architecture does not propose alternative behaviours because it uses tools adjusted by the system to avoid all substantial deviation. 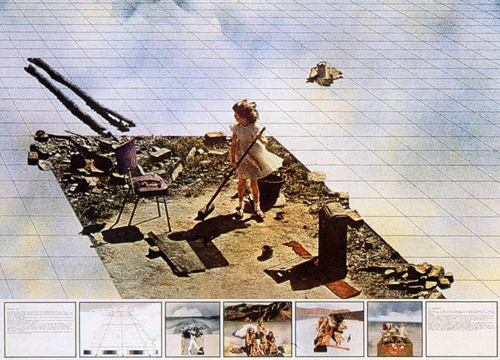 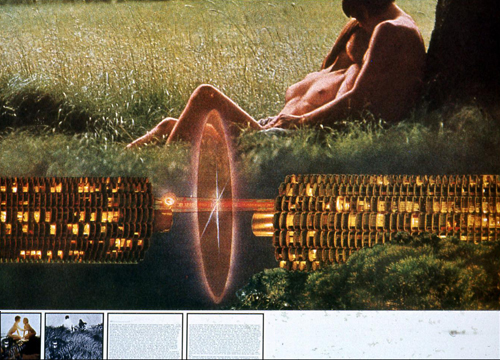 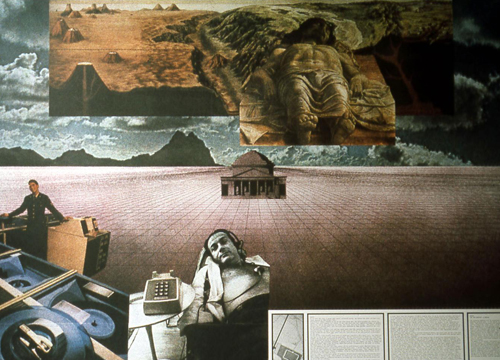 ”So, the working-class home and the lordly mansion follow the same models, and the radical architect and the academic architect are one and the same: the difference lies only in the quantities in play; the decisions concerning the quality of life have already been made.
”At this point the architect, recognizing in himself and in his work connotations of cosmesis, environmental pollution, and consolatrix afflictorum, suddenly stops progressing along his well-paved way. It then becomes an act of consistency, or a last attempt to save his skin, to concentrate on the redefinition of primary acts, and to examine first of all the relations that exists between these acts and architecture.
”This operation becomes a therapy for the removal of archimanias…
”The attempt at an anthropological and philosophical re-establishment of architecture becomes the centre of our reductive processes.”